Check out this great article from Chadwicks:

“We’ve all been there. The water tank is emitting a strange gurgling sound and we know something’s not right. We call the plumber and pray that the house hasn’t become Niagara Falls by the time he arrives. We wait on tenterhooks, anxiously watching the clock. Finally, the doorbell rings and there he is. We’re so relieved we want to kiss him.

Instead we get a hold of ourselves and usher him up to the attic. Using wrenches and pliers and working by flashlight, he emerges some time later, t-shirt soaked with copper-colored grime, and pronounces the job done. Oh the joy of having running water once more!

We take a look at 17 Emergency Situations When You’ll be Glad You Know a Plumber – and express our gratitude to all those nifty plumbers who keep our modern conveniences in good shape.”

Stinky sink? Many times my clients complain of a constant, persistent foul odor in their bathroom that’s reminiscent of a “wadded up wet towel left in the bottom of the hamper for a week or two!” Oh, no!

Most all lavatory sinks have what’s called an “overflow” hole. By design it allows water to flow down the drain – in the event the sink were to fill too high – and not over the top & onto the floor. Unless of course, the drain is plugged or slow draining – but that’s an entirely different story. The image below is a common bathroom sink with the overflow in the back of the sink. Some sinks have the overflow hole in the front of the sink – same thing, just different design.

Often this overflow area can collect foul mildew smelling bacteria. Simply flood the overflow hole with plain white vinegar to kill the bacteria. Use a funnel, or perhaps simply cup your hand as to divert the Vinegar into the hole or just let it glug out of the bottle into the hole. Nothing fancy – remember plain white vinegar is cheap and it’s hard to use too much. Repeat as needed!

The handy kitchen garbage disposal is useful for getting rid of a variety of food scraps & waste that might otherwise create unpleasant smells in the kitchen. However, many foods can actually damage your disposal or render it useless. These tips can help keep your garbage disposal running smoothly:

1) Avoid putting fibrous foods or tough-skinned vegetables into the disposal.

The strings of celery, artichokes, asparagus, lettuce, corn husks, carrots, onion skins and potato peels can wrap around the blades, preventing proper operation of the motor. If you feel you must put fibrous foods into your disposal, do so in very small quantities and run the cold water while you operate the unit.

Items such as bones and fruit pits can dull and even break the unit’s blades! In a worst-case scenario, hard foods will jam the disposal, preventing blades from turning and causing the motor to burn out.

3) Keep grease and greasy foods out of the disposal.

Greasy foods will distribute a film over the blades, diminishing their effectiveness. Eventually, the grease will begin to decay, causing an unpleasant odor in the kitchen. Pouring grease into a garbage disposal can result in clogged drains when the grease solidifies.

4) Contrary to popular belief, egg shells have no place in the garbage disposal.

Some people claim that egg shells sharpen the blades of the unit, but this is not true. The shell’s stringy membrane layer can wrap around the shredder ring and the shell itself will be ground to a sand-like consistency capable of clogging pipes.

5) Avoid putting “expandable” foods such as pasta and rice into the garbage disposal.

Even small particles of these foods can swell with water and eventually clog the trap.

Avoid the example of homeowners who have placed rubber bands, twist ties, cigarette butts, pull tabs, fabric, sponges and plant clippings into their disposal units! These items cannot break down enough to wash down the drain.

*The first is to freeze white vinegar in ice-cube trays. Put the frozen cubes down the garbage disposal and turn it on. The texture of the hard ice will aid in the removal of odor-causing sludge & grime.

*The second method is “Borax.” This stuff is time-tested and proven to be an effective and inexpensive cleaner & deodorizer. Simply pour a few scoops into the disposal while running the water. I prefer to put the scoops of Borax in the sink and wash it into the disposal with running water.

In order to maximize results, do either of these when you plan on not using the unit for a few hours, like the last thing before bed. This way these products have the best fighting chance to eliminate and neutralize odor!

The garbage disposal is a sturdy kitchen appliance; however, even the best model cannot handle unsuitable items. If you run into any problems with your unit, you should seek the help of Sutherland Plumbing, LLC. 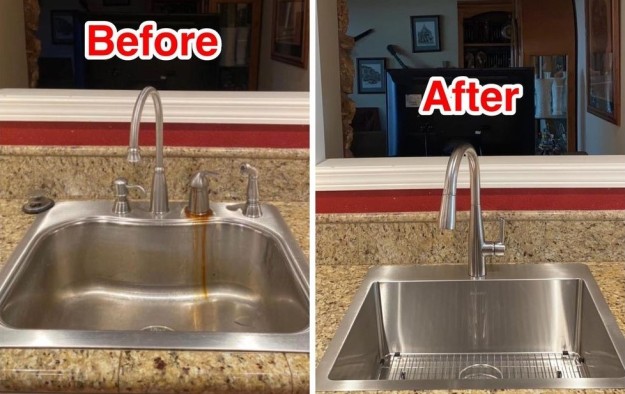 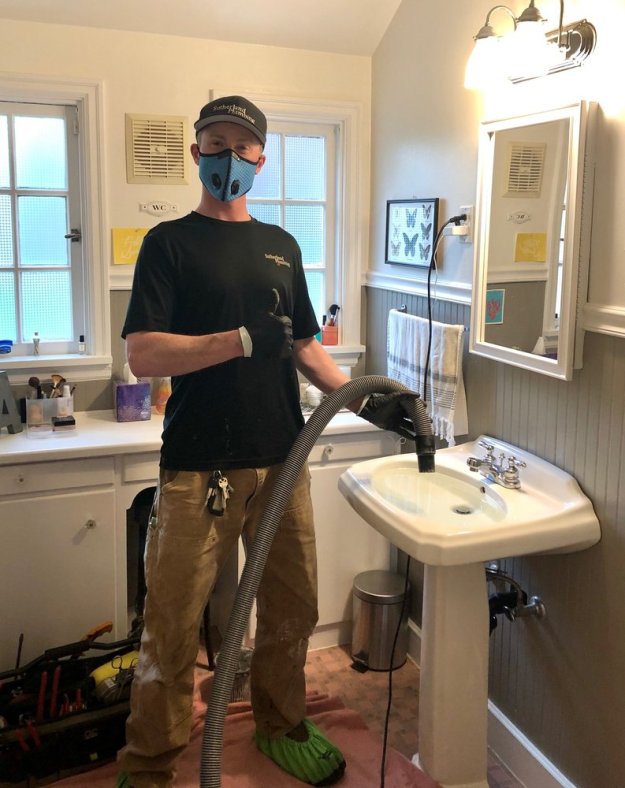 “We found our forever plumbers! The Sutherland Plumbing team was knowledgeable, timely, highly skilled and just plain nice folks to have in our house. Their COVID protocol was dialed (and we’re super picky). They gave us valuable expert guidance as we picked the disposal and water filter that were the best fit for us. Plus, they left our stainless kitchen sink shinier and cleaner than it’s ever been. A+ all the way!”

“…they left our stainless kitchen sink shinier and cleaner than it’s ever been. A+ all the way!”

Check-out this sweet new sink & faucet install by the pros at Sutherland Plumbing! 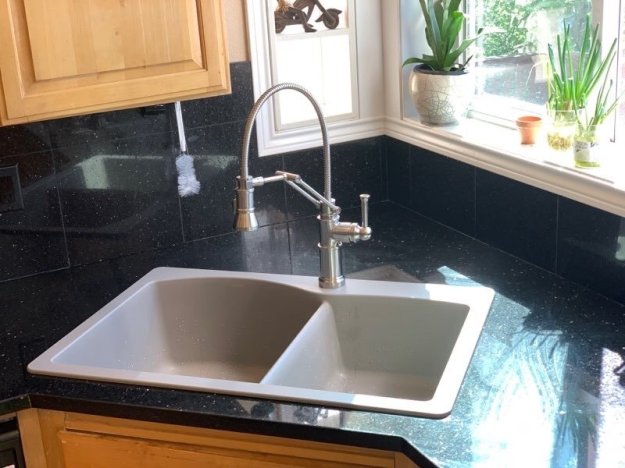 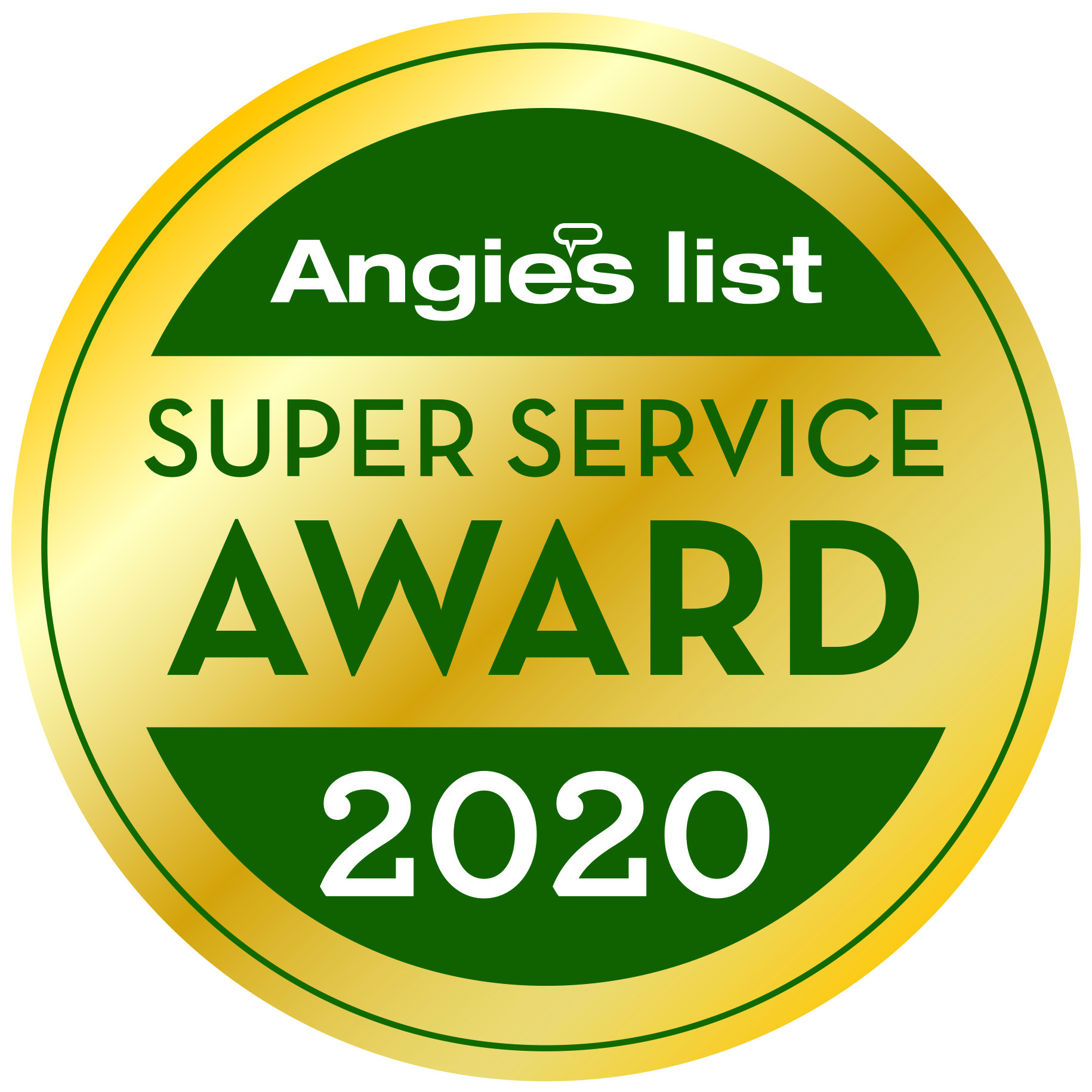